My son has been a big fan of Boba Fett for years. It's never gone away, but I think it may have gotten a boost with the Mandalorian show. It started the usual way, with him grabbing cardboard, paint, tape, and anything else. (A cut in half toy bowling ball in this case.) Paint got in places where it doesn't belong, rooms were destroyed, but at least he wasn't on screens. 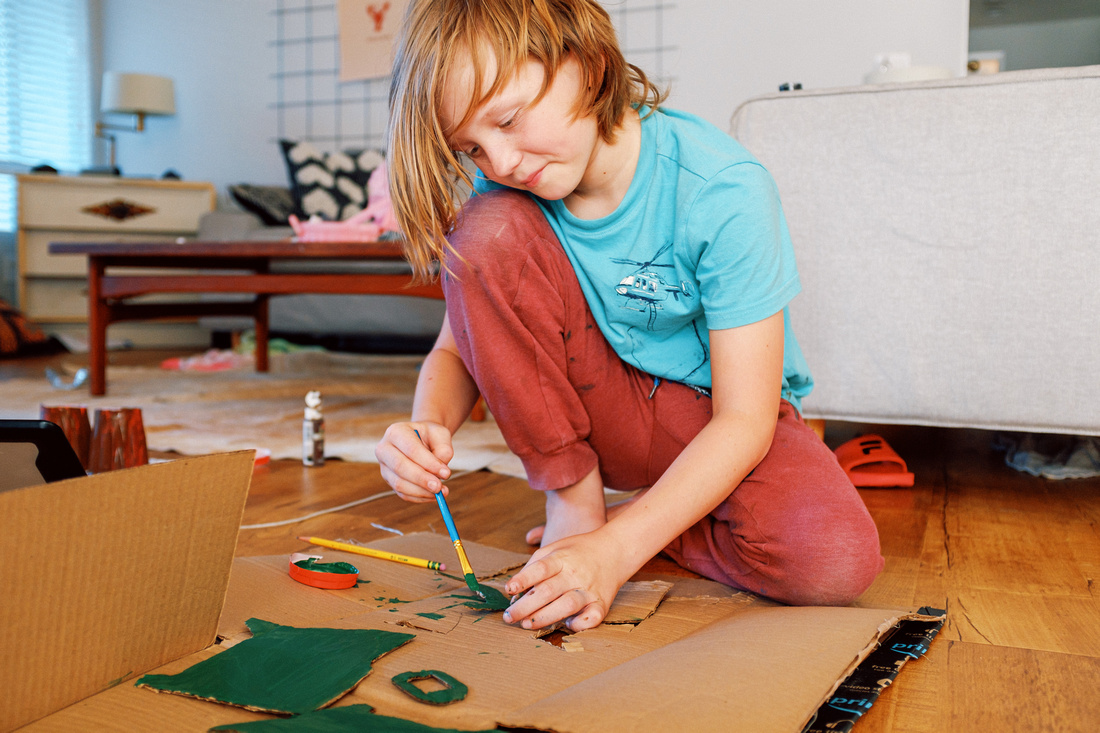 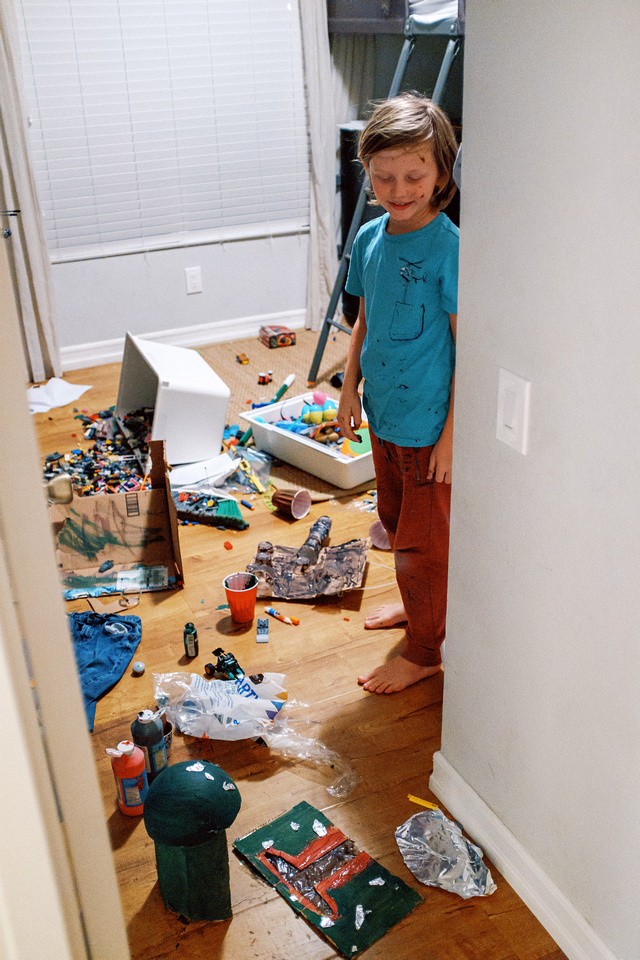 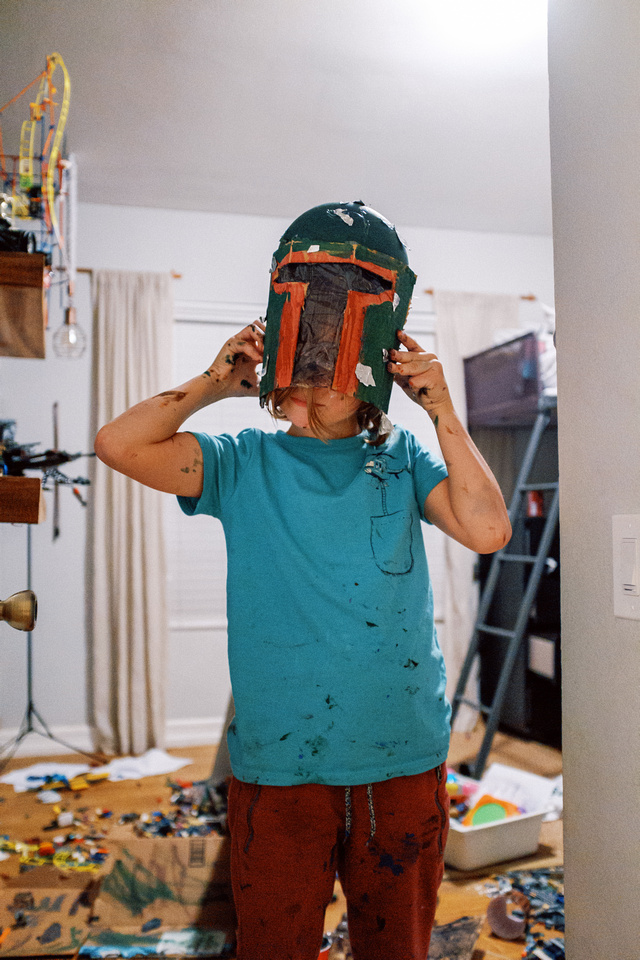 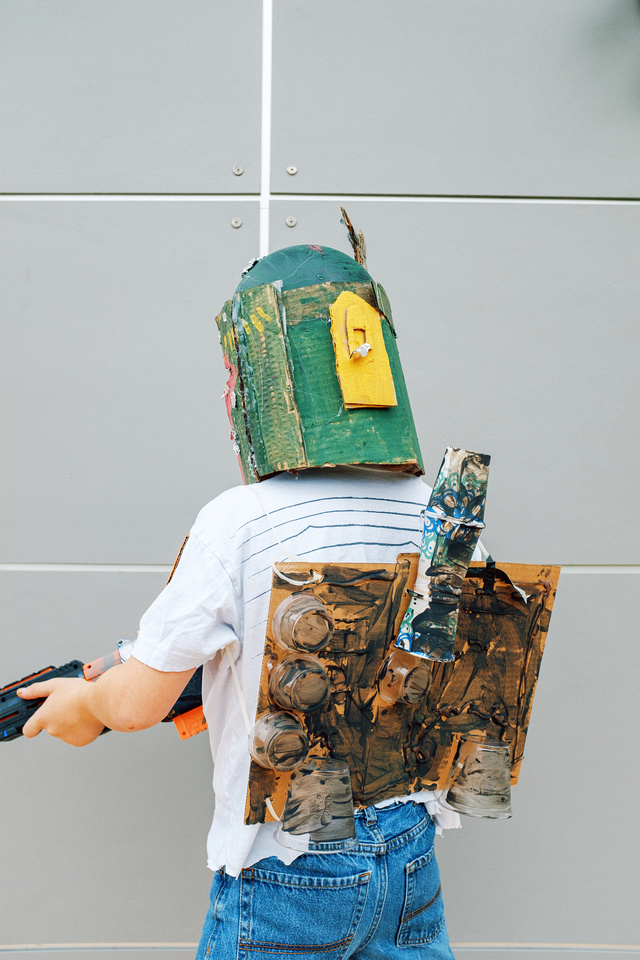 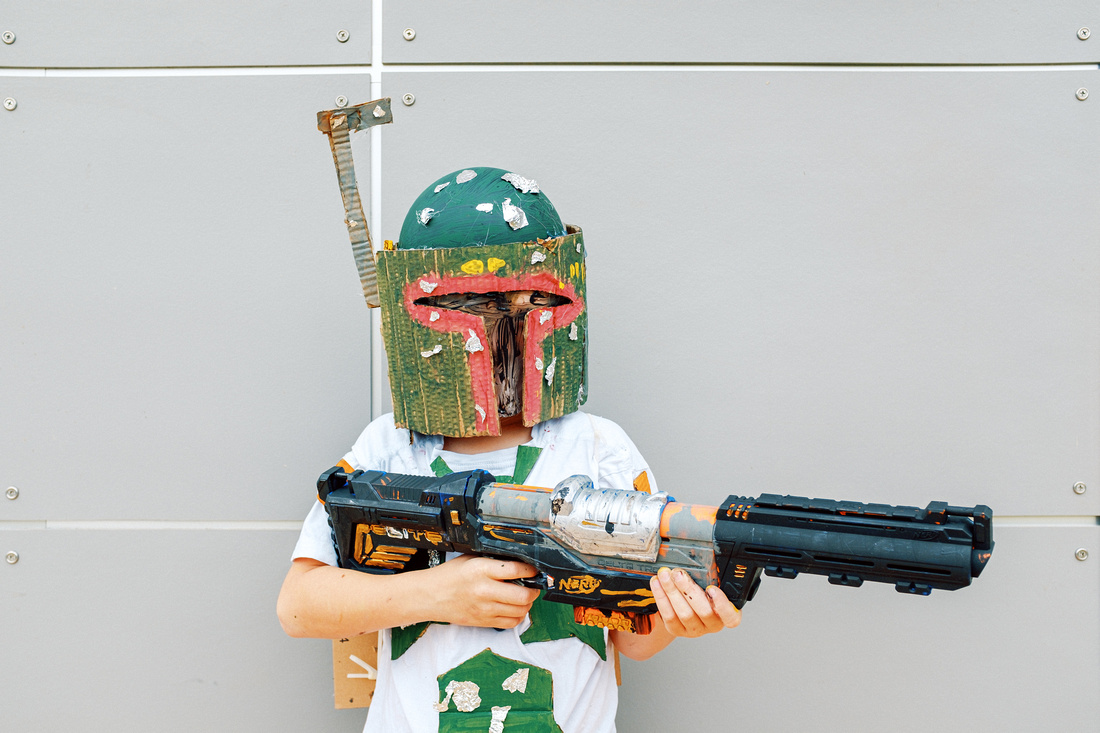 With some silver spray paint it did briefly become a Mandalorian helmet, which was used as a make-shift Covid mask to pick up pizza once. 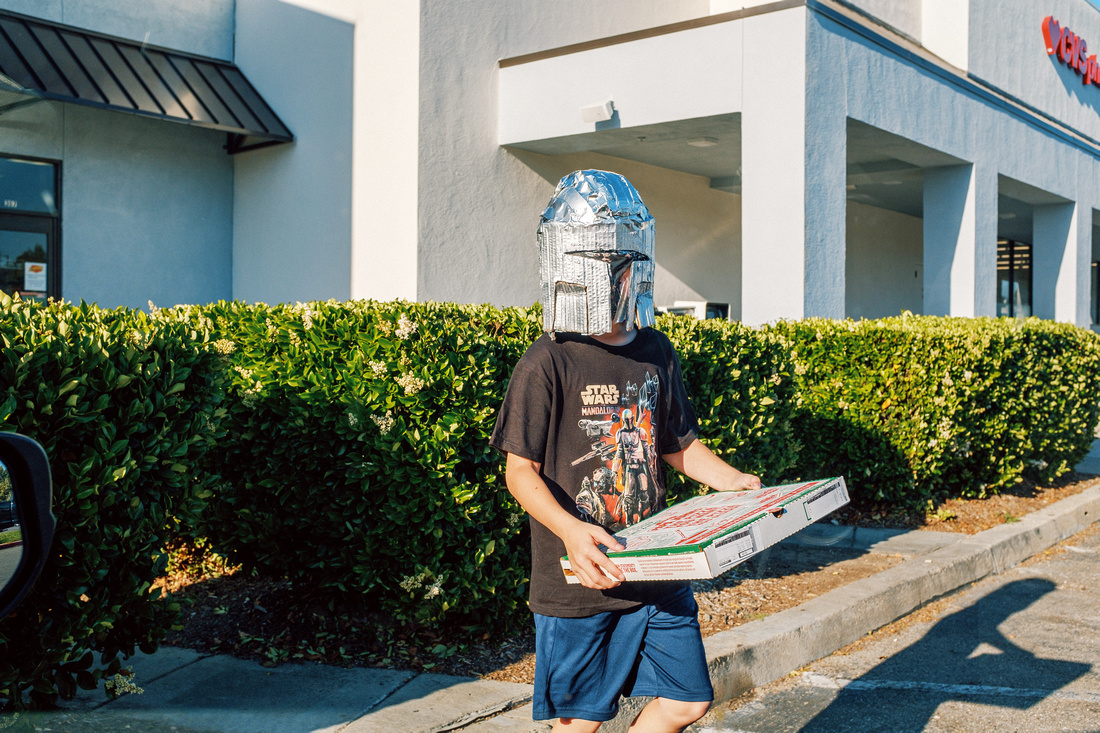 But cardboard and paint were only the beginning. He found this YouTube video and the project escalated dramatically. The video looked easy enough, but it turned out to be very...very difficult. The helmet is made of EVA foam, which is something I've never dealt with before but is a world in itself in the cosplay world (also quite new to me). 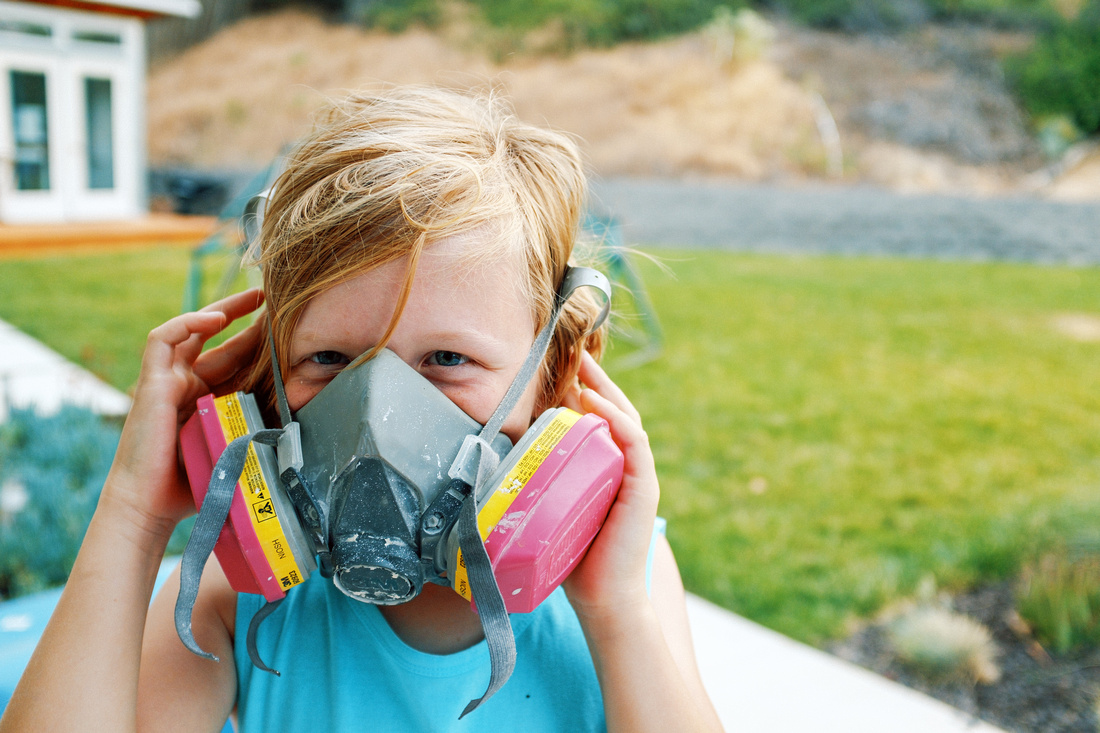 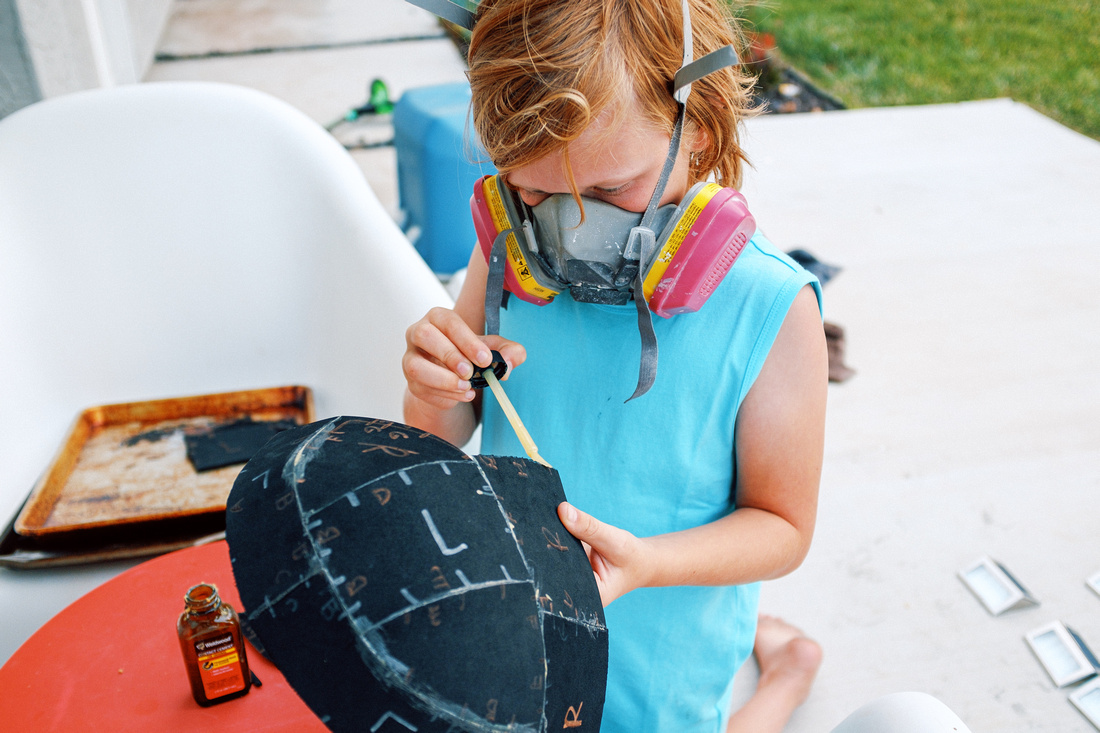 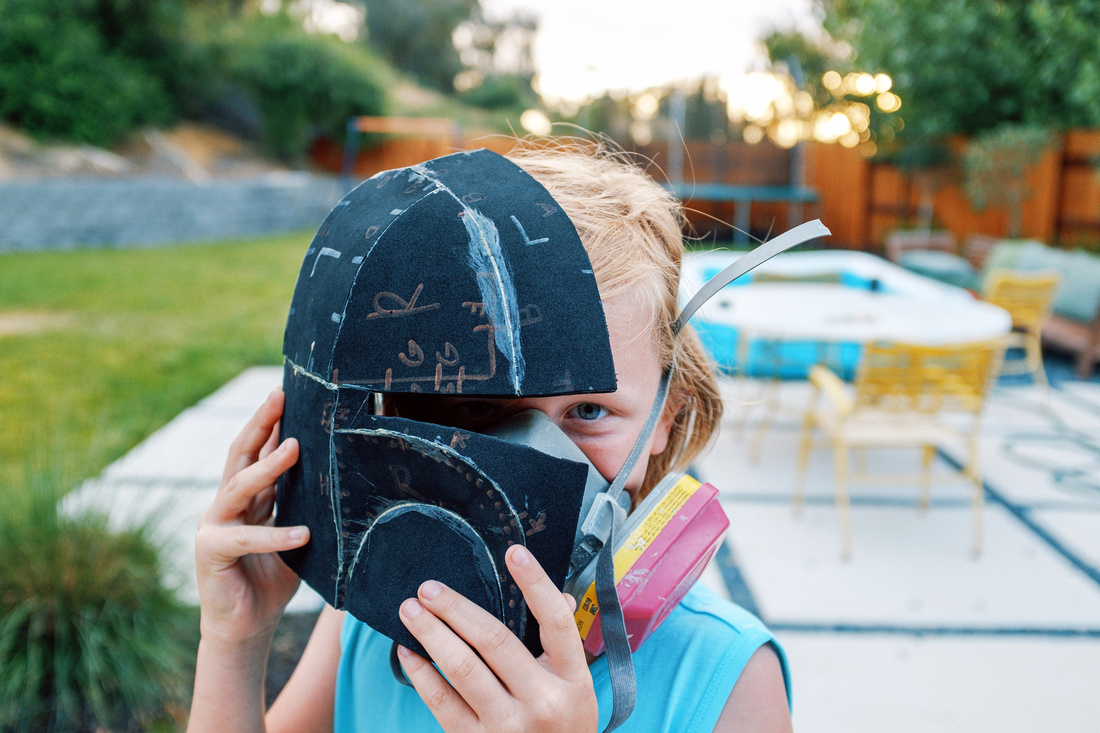 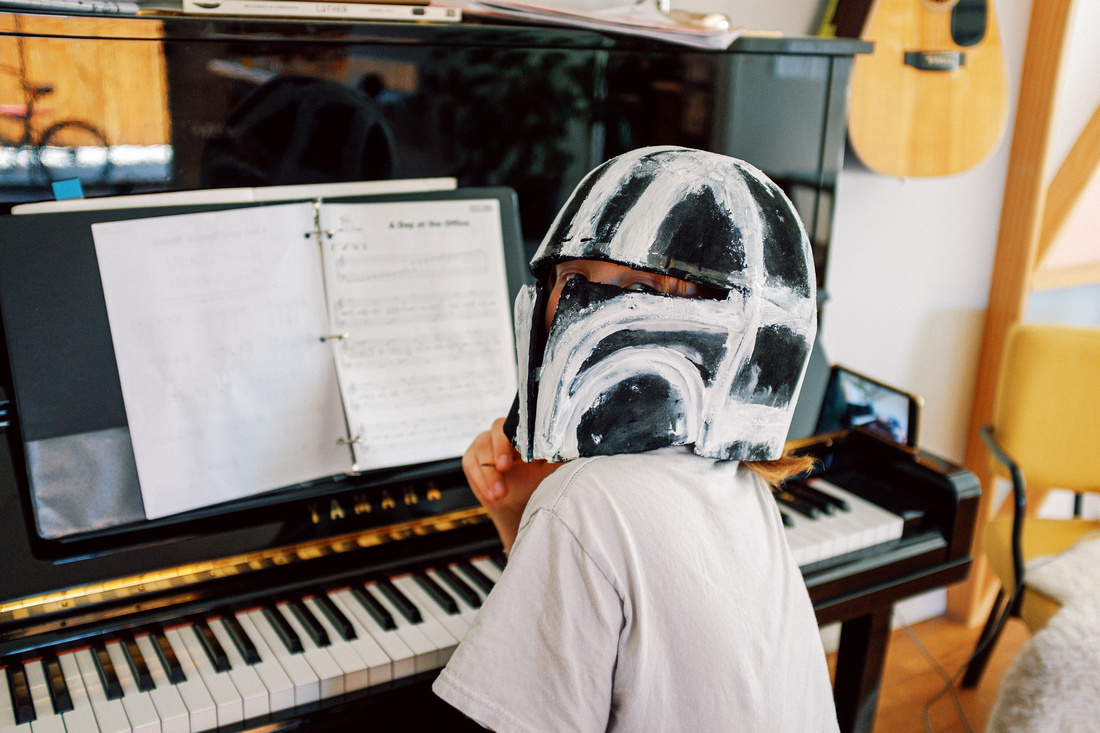 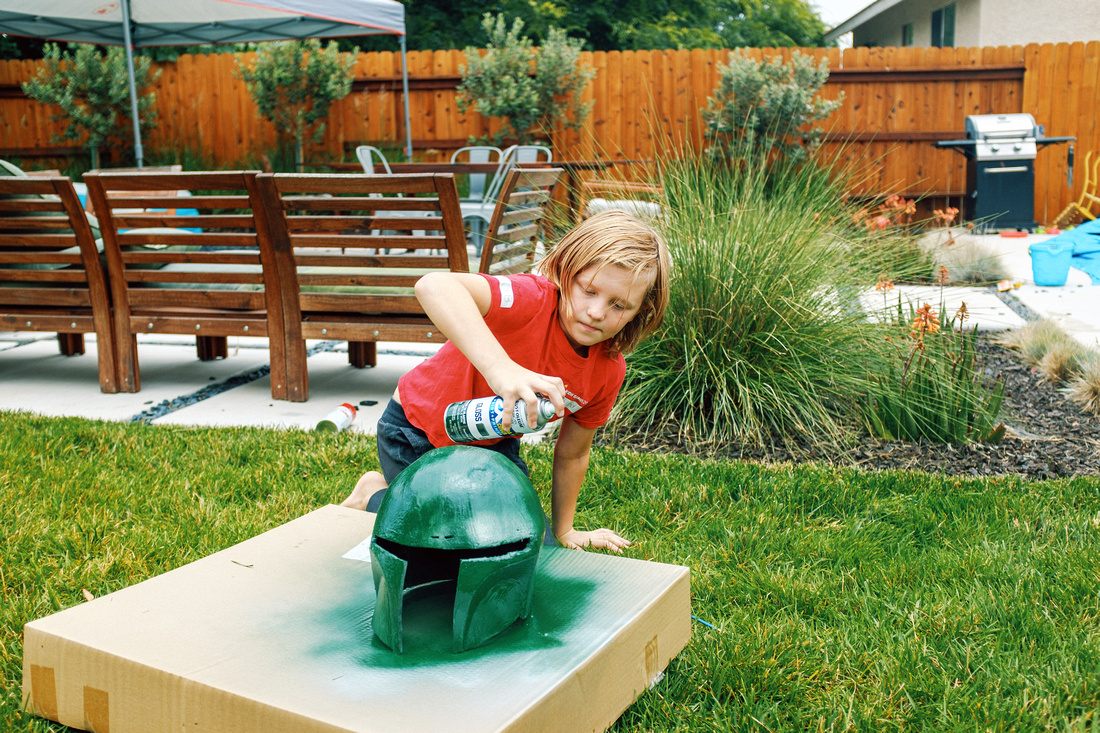 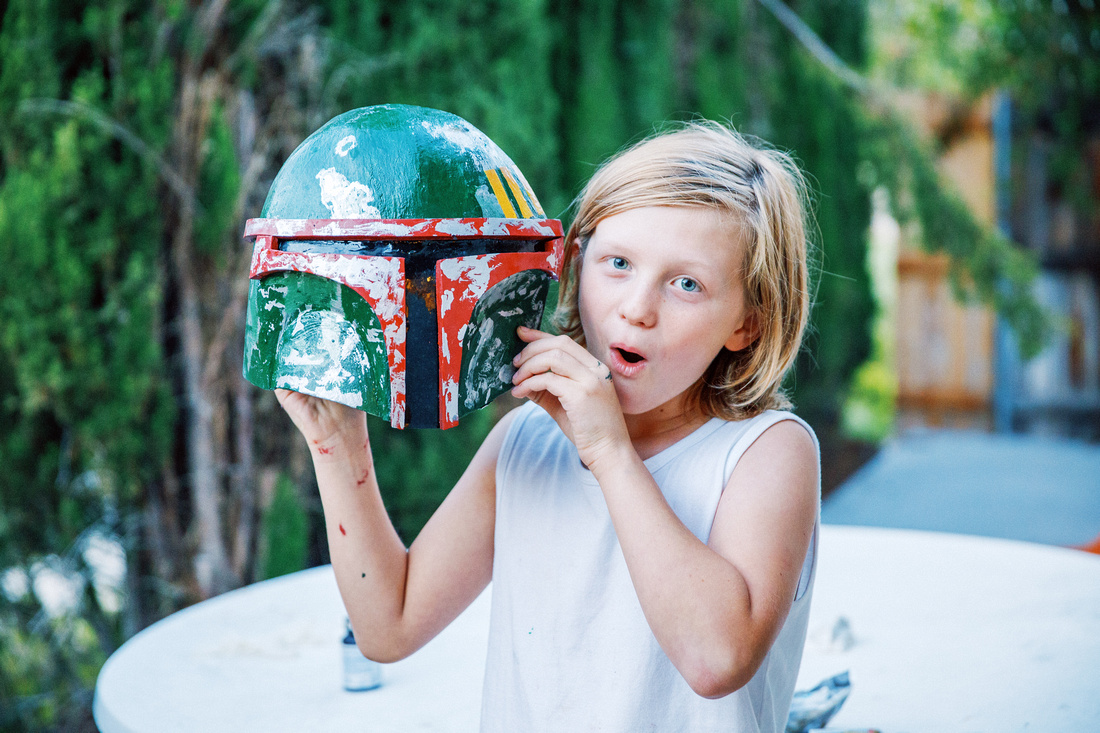 Done, except for the side pieces. Little did I realize, this was basically the halfway point. 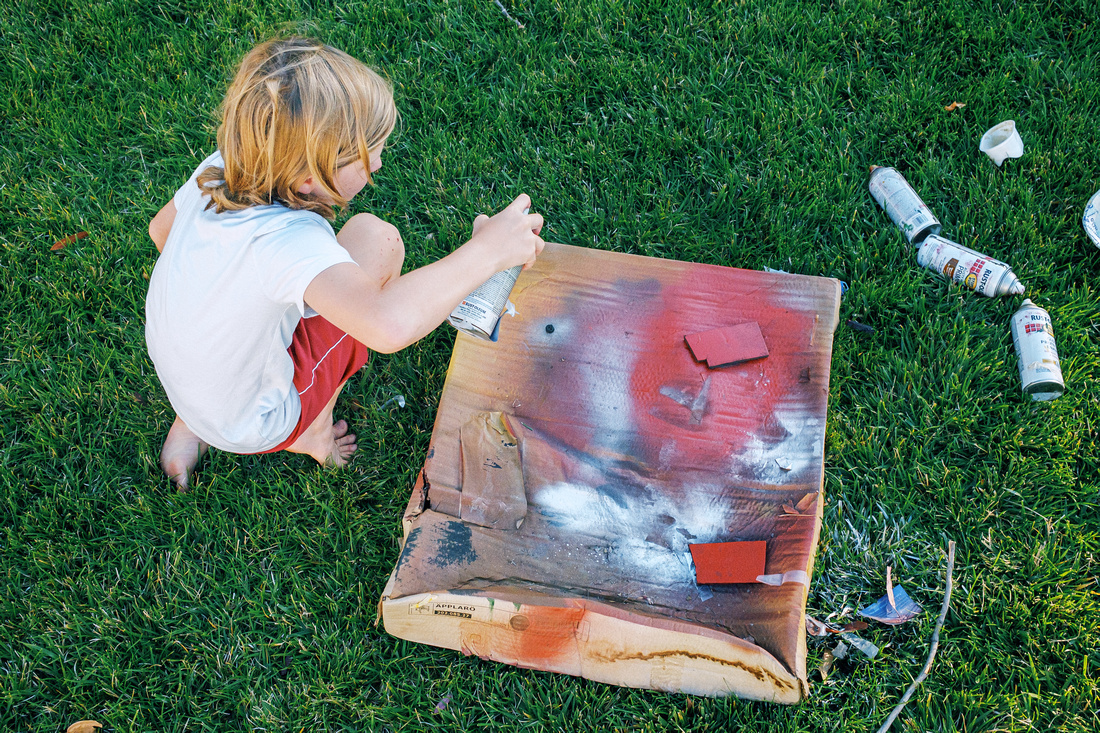 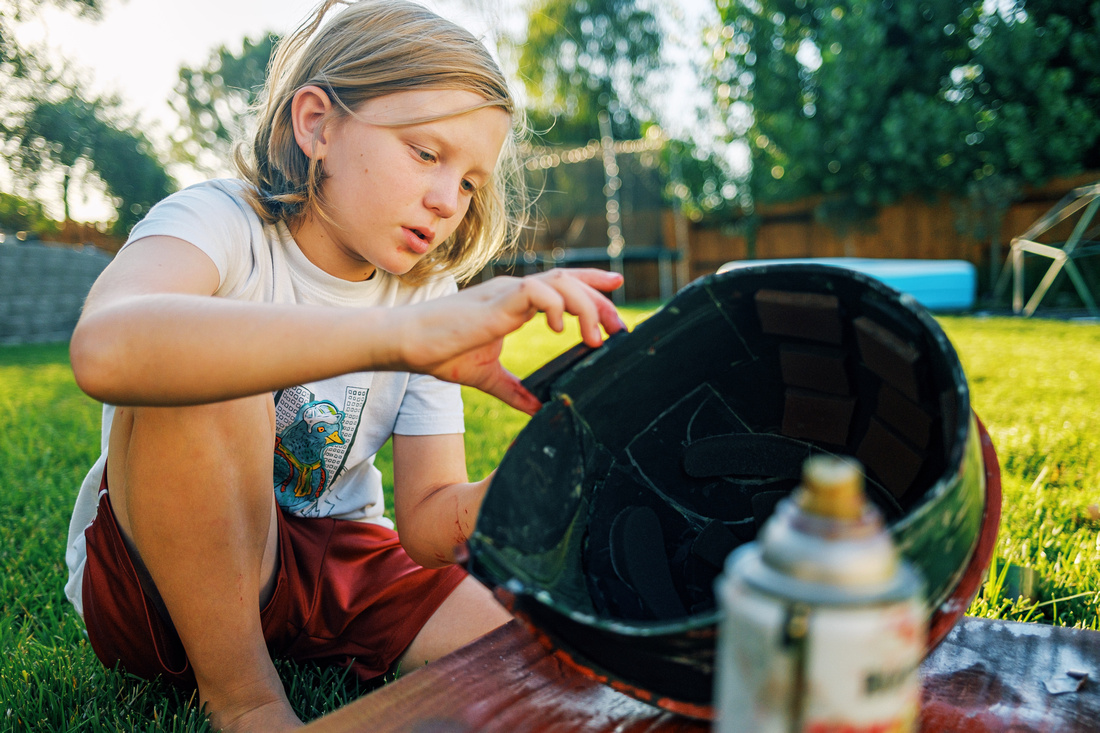 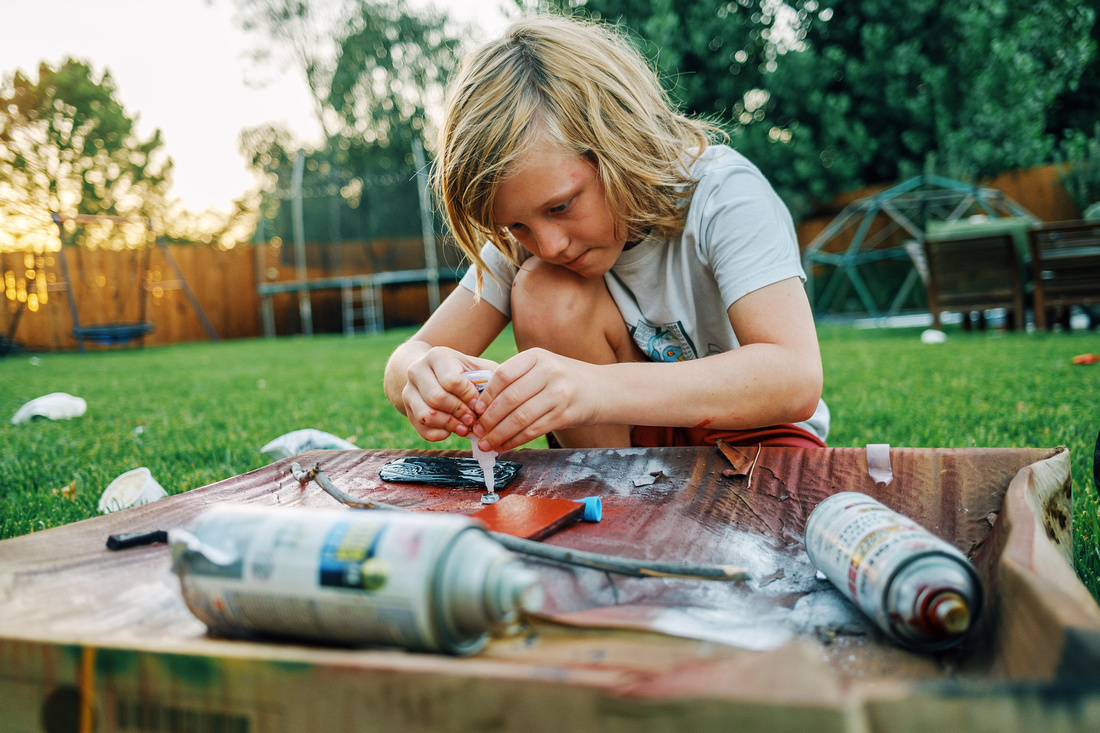 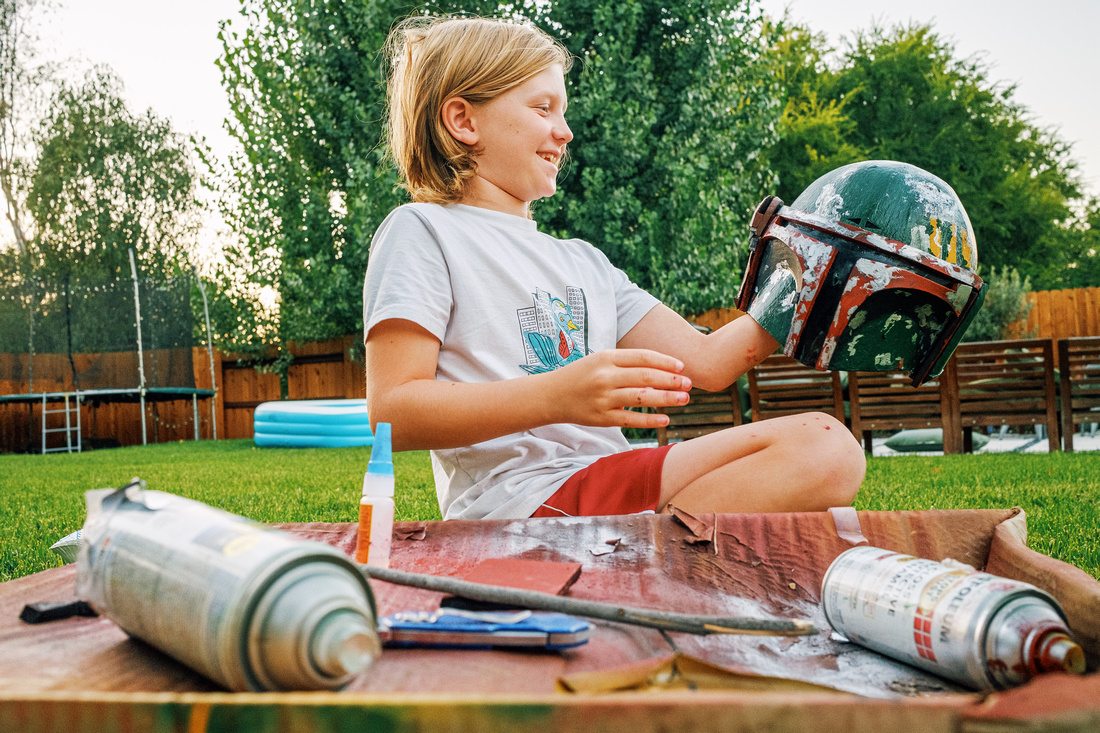 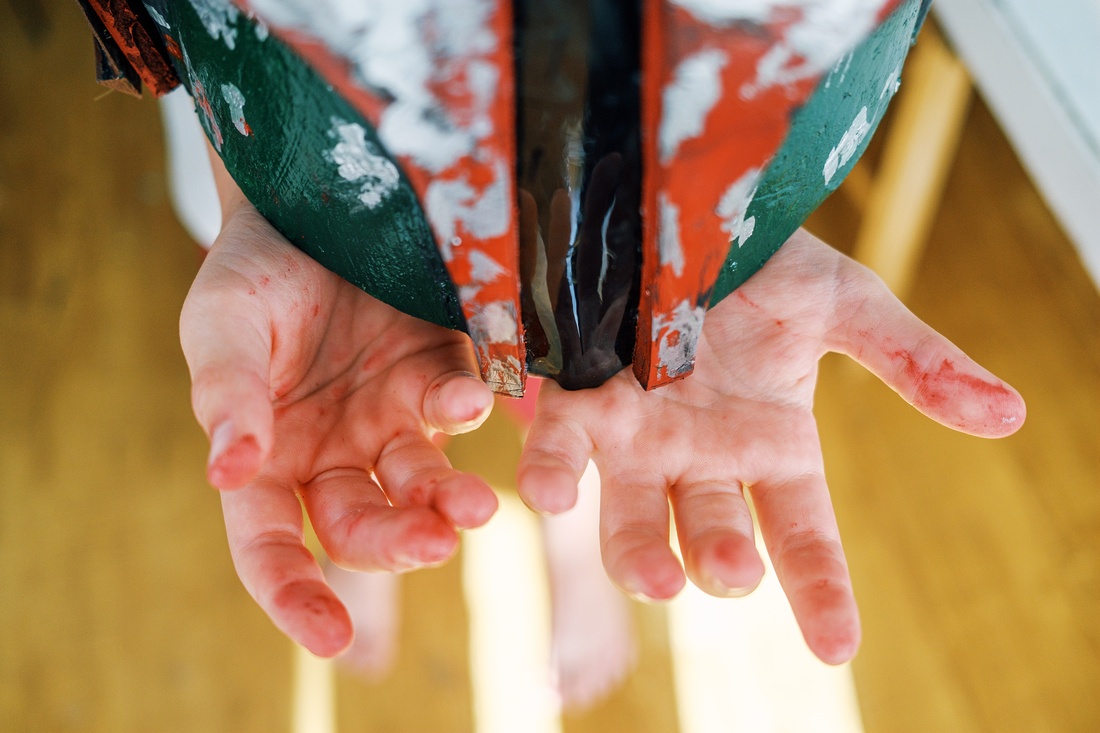 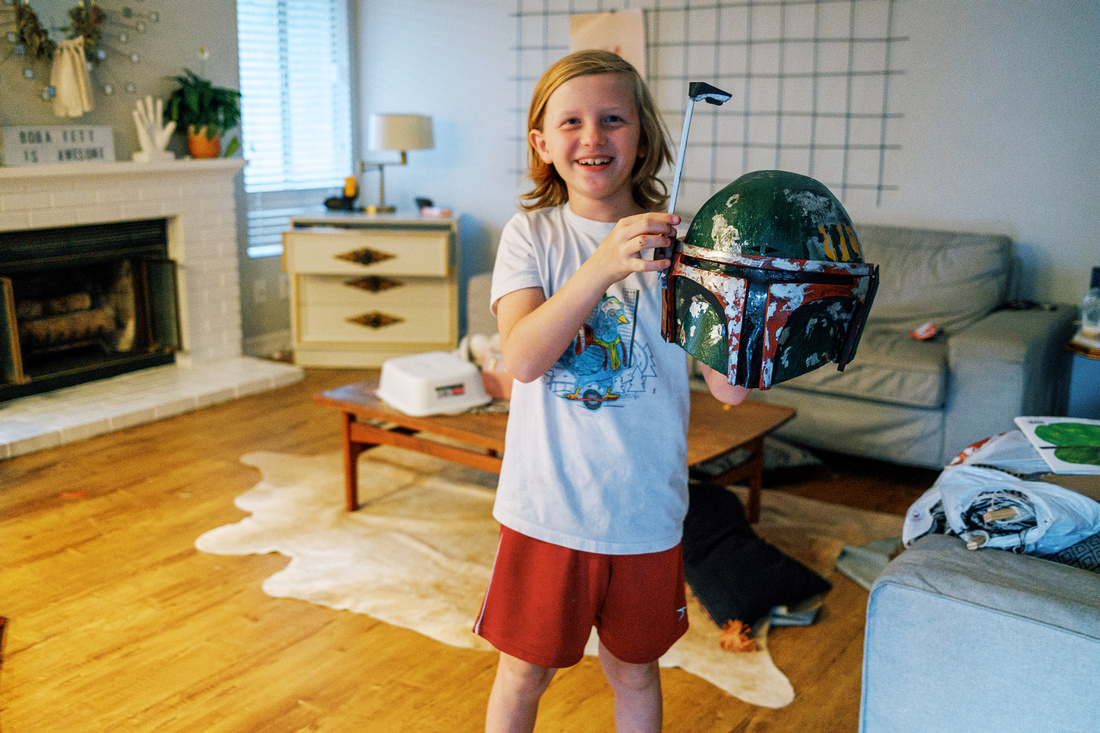 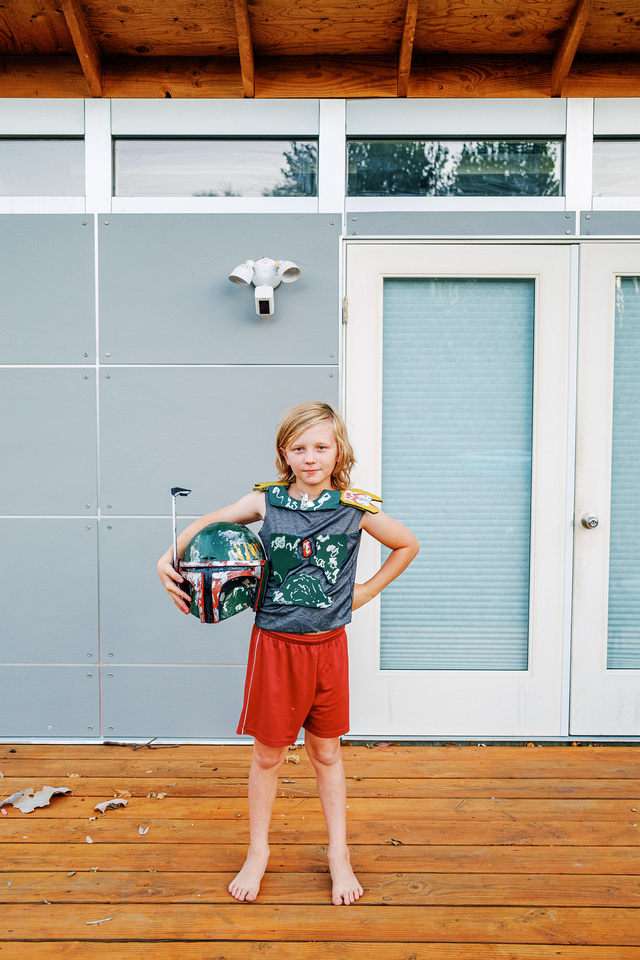 Finished! The rangefinder actually goes up and down too. 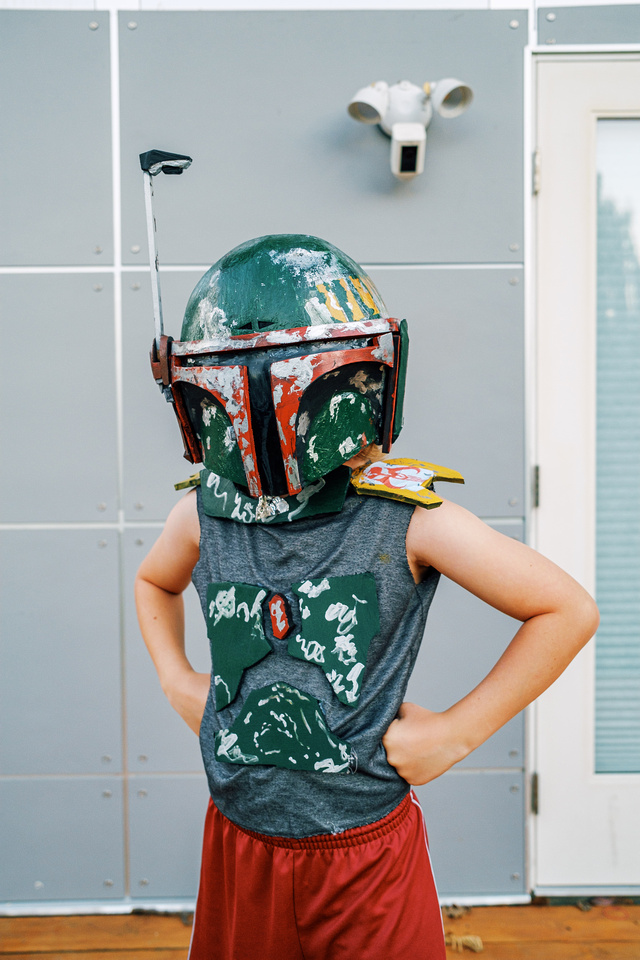 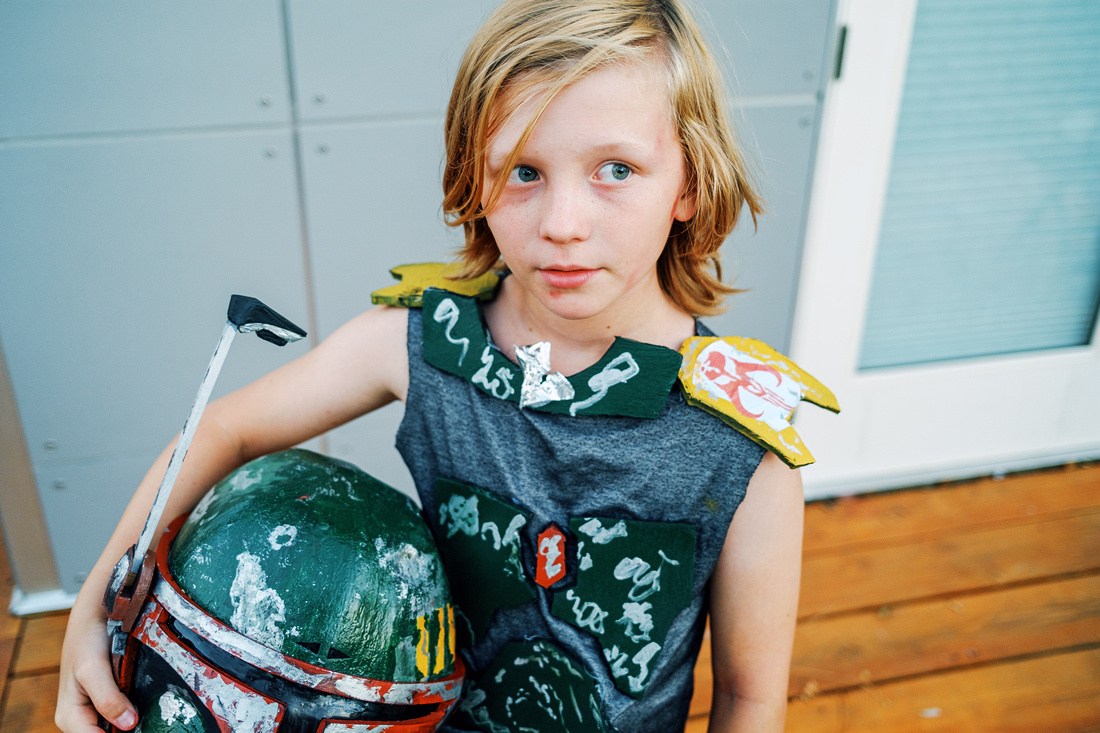 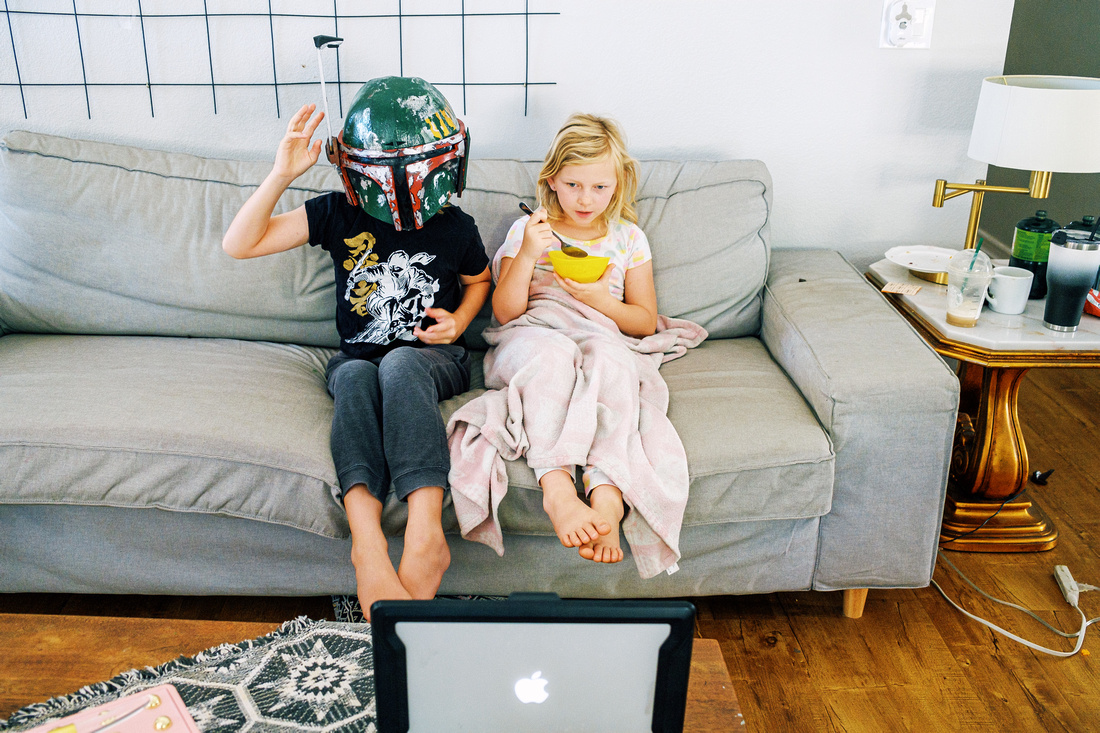 This is certainly not the end of Boba Fett photos; he's slated to appear at Halloween (if there is one). But it's been a very memorable part of our quarantine now.